Magnus Carlsson started working in animation in 1988 since when he has created a long list of animated films and TV series – ”Robin”, ”The Three Friends and Jerry”, ”Lisa”, ”Da Möb” to name a few. The films, distributed in several countries, have been seen by audiences worldwide. ”The Three Friends and Jerry” series has been broadcase in over 100 countries, and the ”Lisa” series in over 75. Another acclaimed animation work created by Magnus is the video of the Radiohead track ”Paranoid Android”, which Magnus was nominated for a whole bunch of MTV awards. Magnus’ films and TV series are on the air, or have been on the air, on channels such as MTV, Fox Family Channel, ABC Family Channel and HBO in the States, Nickelodeon and Channel 4 in the UK.

Apart from doing animation, Magnus works as a features director and screenplay writer, and as an illustrator – both on his own productions and when commissioned by advertising agencies etc. 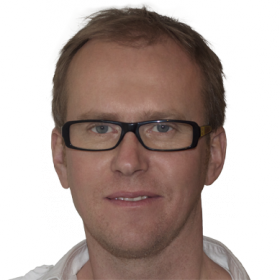